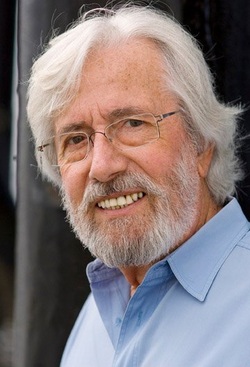 Jean-Michel Cousteau will be in Amsterdam to attend Morgan’s court case. Interested Media can schedule interviews.

On Thursday November 1st a court committee will once more decide on the fate of Morgan the orca, currently kept at Loro Parque, Tenerife, Spain. To support Morgan’s case, Jean Michel Cousteau, first son of ocean explorer Jacques Cousteau will be attending the court hearing.

Morgan, found in the Wadden Sea in a severely weakened state in 2010, has been living in a Spanish amusement park in Tenerife since November 2011 after a judge decided it was in the best interest of the orca be placed with other orcas. Since her transport to Loro Parque, the orca’s condition has rapidly deteriorated. The merit procedure will analyze the lawfulness of this ruling.

“Orca’s are the most intelligent and sophisticated creatures in the marine environment. We will do our best to convince the judges to release Morgan back in the ocean” said Jean Michel Cousteau, explorer, environmentalist, educator, film producer and founder of the Ocean Futures Society and member of the Free Morgan Foundation expert board.

The Free Morgan Foundation provides the Orca coalition with expertise in the court hearings and has a detailed release plan ready for Morgan.