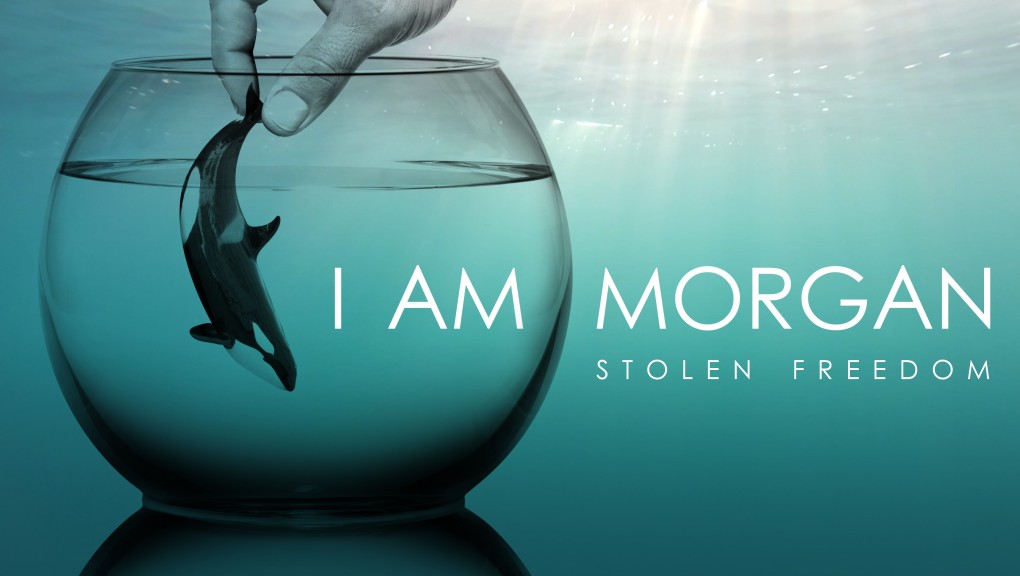 Six years after the release of IAMSF the Directors once again produced a compelling short Public Service Announcement.  They bring into focus Morgan’s situation 10 years after she was transferred to the Spanish entertainment theme park, Loro Parque.

Have you ever wondered what it would be like to see the world from an orca’s point of view?  Find out in 4 compelling minutes, in this short film by independent film makers.

The film makers have kindly allowed the Free Morgan Foundation
to promote their film as they feel it is intrinsically linked to the FMF and the work that we do.

ABOUT I AM MORGAN ~ STOLEN FREEDOM

This emotive, 4 minute film, portrays Morgan’s story from the unique view point of an orca. By using her perspective, we hope people will relate to her traumatic life in captivity.  Imagine being taken away from your home, locked up, exploited and abused. Among other indignities you are then trained to perform tricks, just so you can eat. Our ultimate goal is that people will speak out for Morgan.

Run-time: 4m34s.  I AM MORGAN was filmed exclusively on GoPro Hero 4 cameras and was produced by a voluntary and independent team of European directors. Norwegian orca researcher, Heike Vester (Ocean Sounds) provided recordings of Morgan’s family (P pod).  World-renowned big-animal videographer, Andy Cassagrande (ABC4Explore) provided aerial footage of wild orca.  Albert Ubels, who was there on the scene when Morgan was captured, provided still photos, used in the credits.  Dive! Tutukaka provided the ‘tank’ where some of the scenes were filmed.  The Free Morgan Foundation and the Orca Research Trust were consulted to give expert advice on orca and provided footage of wild orca as well as Morgan’s vocalizations.

Additionally, it has screened at numerous venues, globally.  It has been selected for screening at a range of international film festivals (see below), including an educational student screening (to over 1,200 interested folks) and ‘tours’ with film festivals. Even in 2021, it is still receiving awards in film festivals.

SELECTED FOR SCREENING AT THE FOLLOWING FILM FESTIVALS

AWARDS for I AM MORGAN –  STOLEN FREEDOM

As of November 2016, IAM~SF has won SEVEN international film awards. “It isn’t often that something which takes less than five minutes of your time can change your perspective on life. But this video may well do exactly that.”
Sam Lipman, The Dodo

“I was impressed with how the team created something that was dynamic and engaging. I suspect that this video will inspire people to take a stand against keeping orca in captivity.”
Dr Ingrid N. Visser – Founder Orca Research Trust & Free Morgan Foundation

“The SFIOFF provides an opportunity to see many films that are otherwise unavailable to the public, inspiring audiences of all ages to be empowered through the powerful medium of storytelling and independent film. We are excited to be the world premiere for I Am Morgan, as it exemplifies the type of films we screen, focusing on a specific need within the ocean realm with a call to action. I highly encourage everyone to see this film.” (Ana Blanco, Executive Director SFIOFF 3 March 2016.) The International Premier of IAMSF occurred in March 2016 at the SFIOFF.

FMF board member Matthew Spiegl and FMF volunteer and filmmaker Heiko Grimm attended and distributed information flyers to the public.  Heiko Grimm also made presentations about the film and orca Morgan to 1,200 students as part of the SFIOFF Student Education Program.

I AM MORGAN – STOLEN FREEDOM at Toronto Beaches Film Festival

Local residents and keen animal advocates on many levels, Diane, Rob and Carly, kindly distributed fliers for IAMSF.  They also hosted a Q&A about the issues Morgan faces and discussed the implications of keeping orca in captivity.  These are particularly pertinent given that Canada has a lone captive orca, Kiska, held in atrocious conditions at Marineland Niagara Falls, Ontario.

I AM MORGAN – STOLEN FREEDOM at Green Screen, Eckernfoerde, Germany

I AM MORGAN – appearances through other avenues

The Canary News – a web-based news source has featured “I am Morgan, Stolen Freedom” on their facebook page and received some very heartfelt comments and over 500 shares.

An international gathering of people interested orca, Superpod has been run annually for the last five years.  A presentation of I am Morgan – Stolen Freedom was screened during a lecture session, along with a presentation by Dr Ingrid N. Visser.