The Free Morgan Foundation would like to thank all our supporters, many of who follow Morgan on social media as well as here on her website.  We have some high-profile people who have spoken out against cetaceans (whales, dolphins and porpoises) in captivity and have made a point of speaking up for Morgan and we’d like to extend a special thanks to them. 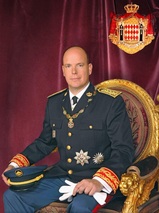 The reigning monarch of the Principality of Monaco, Prince Albert II commented about Morgan:

“I have a long-standing commitment towards protecting marine biodiversity and marine mammals through scientific understanding and conservation.

I have also been involved in returning animals from my father’s animal park, to the wild, where and when it has been possible.

These very same philosophies persuade to me to believe that Morgan, who is a wild-born orca, should also be given the chance to go from captivity, back to her natural environment.” Virginia McKenna had been greatly affected by the plight of wild animals after starring in the 1966 film Born Free which told the story of returning Elsa the Lioness to the wilds of Africa.

She, together with her husband, formed the Born Free Foundation Limited 1998, and today it consists the Zoo Check Campaign, Elefriends Campaign, Wolf Campaign, Dolphin Campaign, Primate Campaign, Big Cat Campaign, and the Bear Campaign. It is a charity registered in England & Wales that has helped two dolphins, Tom and Misha return to the wild from captivity in Turkey.

The Born Free Foundation undertakes animal welfare, conservation and public awareness campaigns to prevent animal abuse and to keep wildlife in its natural habitat. Its logo is a lion, which represents the lioness Elsa.  Virginia is a firm believer that where possible animals should be returned to the wild and if not releasable, given large sanctuaries to retire into. She and the Born Free Foundation are in support of Morgan being removed from the concrete tank she has been kept in and rehabilitated in anticipation of release into the wild. 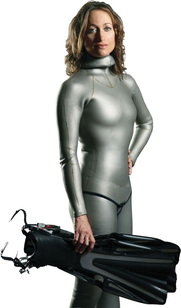 Céline S. Cousteau is the granddaughter of Jacques-Yves Cousteau and Founder of CauseCentric Productions.

“Having read the Free Morgan Rehabilitation and Release plan, I fully support the efforts and campaign to return Morgan to the wild as is outlined in the recommendations for her release. We have more than ample knowledge and experience to form sound judgment that an orca should not be kept in captivity for any other reason than there is no other choice. To simply have her confined for human entertainment is nothing short of cruel and unjust. I urge you to take action to ensure her release as soon as possible.”

Fabien Cousteau is the grandson of Jacques-Yves Cousteau and founder of Plant a Fish.

“The Free Morgan Foundation has my support for Morgan, or any healthy captive mammal capable of being released back into their natural habitat. Jailing people without cause is absolutely unacceptable in today’s society, so it shouldn’t be any different for fellow intelligent mammals.

We must strive for a world where we will no longer see these beautiful creatures in circus pens performing meaningless tricks for cheap entertainment. It not only rests on an archaic image of man conquering nature but instils a subconscious perverted moral of this being acceptable to spectators.

Endorsing and enforcing such actions as freeing Morgan and others facing the same plight is the only way we can evolve as human beings.” Long-distance open water swimmer, Kim has pledged to support Morgan through her swims. Read about them on her website and her support for Morgan on her blog.

“As a dedicated open water swimmer from New Zealand I am proud to be supporting this important cause. I have been fortunate to have swum across numerous stretches of water throughout the world. It seems wrong that I have this opportunity as a human for an environment for which I am ill-equipped while these magnificent creatures are confined to watery concrete cell blocks, devoid of anything similar to their natural habitat for no fault of their own, save human greed.  I ask other swimmers to reflect on their time enclosed in lifeless pools and wonder if they would wish that on animals created for the open seas.”

Robert Wyland, internationally recognised for his artworkand his Wyland Foundationhas this to say about Morgan and her release:

“Aloha to all concerned, It has always been my opinion that that orcas shall remain with their families in the world’s oceans. I believe we should make it illegal for any peoples or nations to ever capture another killer whale now and in the future. I also agree with my good friend Dr. Ford in British Columbia, trusting him as one of the leading scientists on orcas today, that if an animal in captivity is a good prospect for release to its family group we should have the courage to support that effort.” 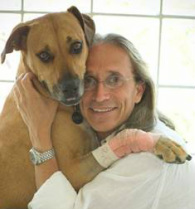 “Ever since I could hold a pencil in my hand I’ve drawn orca’s.  They’ve always been my favourite animals, as not only are they fascinating but also beautiful creatures !  I followed Keiko’s story closely and collected new paper article, video’s and everything I could get, or was given to me.  My opinion about captivity started at a very young age, I remember my parents taking me to the Dolfinarium Harderwijk one day, and it was a disaster.  I wanted nothing more but to leave.  For me, it’s the same with circuses.  In my opinion, animals shouldn’t be kept in cages bathtubs or boxes, not for our entertainment and certainly not under the excuse of ” research ”

When I heard about Morgan I wanted to be a part of trying to help her.  I created the logo for the FMF a logo.  I wanted to design one that would stand out and be remembered.  I’ll keep fighting for Morgan until she’s back in the ocean with her family”

“I am deeply saddened to learn about Morgan’s incarceration, and horrified that, despite returning to good health, she is being held captive in the smallest orca enclosure in the world for the sake of entertainment. I will do whatever I can to help the Free Morgan Foundation and their campaign to release this magnificent creature back into the wild.” 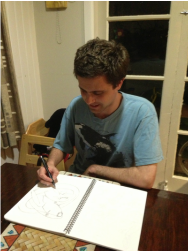 Lee drew our ‘Morgan’ cartoons characters, such as those holding the facebook sign, holding the twitter sign, as well as the cartoon with Morgan signing the petition and a young (and older) orca pledging for Morgan.

“Keiko (the real Free WIlly) was a large inspiration for me when I was younger and a great motivation for me to become involved with Morgan. Morgan’s case reflects Keiko’s case, and if we are not to do what was intended for Morgan originally, then where do we sit as a species? In my eyes, what has happened to Morgan was not right and for any animal in such a position, it will never be right.” 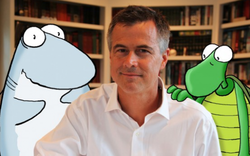 Jim Toomy’s cartoon, Sherman’s Lagoon appears in over 250 newspapers in North America and in over 30 countries worldwide. With a Master’s degree of Environmental Management, Jim’s cartoons often feature issues which pertain to the Ocean. Read an interview he did recently with Catherine Fox about how he got started and his interest in marine life.

Jim has drawn a special cartoon just for Morgan. Help spread the word and post the link to Jim’s Morgan cartoon wherever you can.

Sam not only wrote and produced for Cheers, It’s Garry Shandling’s Show and other programs, as well as writing the 1991 film The Super, but in 1989 he developed the animated comedy series The Simpsons, along with Matt Groening and James L. Brooks.

Sam supported animals through a number of philanthropic avenues, including purchasing a vessel for Sea Shepherd and building a facility to help retrain dogs which would have been killed, but are following their training, would be put up for adoption and to work as ‘service’ canines for people in need.

In 2013, Sam funded the 2013 legal appeal of Morgan’s verdict.  He had an affinity with orca, having seen them in the wild and commented about Morgan:

“Quite simply, Morgan, an intelligent, highly social animal that used to swim 100 kilometres a day in the wild, has been illegally abducted by the captivity industry and is now forced to perform idiotic tricks in a bathtub. She must be returned to her family. This is probably her last chance.” In April 2013, Sam Simon was nominated for the BiLLe Celebrity Charity Challenge and the Free Morgan Foundation was his linked Charity.

The public voted for Sam and the FMF, resulting in 26470 votes, with Sam Simon 2288 votes ahead.  All this support resulted in a €25,000 donation from the BiLLe Group, which went directly towards helping Morgan.

A huge thanks to the BiLLe Group for making this funding available and to Veronica W. for nominating Sam and Morgan (and of course, thanks to Sam and all the supporters who voted every day to help Morgan!).

You Can Help Morgan

Help Morgan get a chance for freedom. The Free Morgan Foundation is a non-profit charity which relies on funding from generous supporters in order to pay for Morgan’s lawyer, court fees, as well as other costs.

All money donated goes directly into Morgan’s cause. We thank you in advance for any support you can offer her.