On the 29th of November 2011, despite major concerns by a wide range of scientists (including five of the original seven experts who determined Morgan’s fate) and advocates, Dolfinarium Harderwijk and SeaWorld, transferred Morgan to Loro Parque.  From that moment forward she has been bullied, abused and used for commercial purposes, including being illegally bred, against the express restrictions of her EC Certificate (CITES transfer permit).

Is Morgan Happy at Loro Parque ?

They also state that Morgan is integrated into their orca ‘family’ group.  Again, this is not true as Morgan is being bullied and attacked by the other orca on a regular basis.  The trainers decide which tank she goes into and when and who she will be with, in that tank.  She cannot escape individual orca if the trainers have decided this is who she will be with.

The orca at Loro Parque bite and hit Morgan and this is not normal orca behaviour. Although Loro Parque will claim that there are orca in the wild with bite marks (called rake marks) on them, that is not the true issue. Yes, orca in the wild do have rake marks, but only adult males are known to have extensive and prolific rake marks.  One of the orca at Loro Parque, known as Tekoha is a sub-adult male orca and he is the most bitten orca in all the orca held in captivity around the world.  His scars are an indication of the dysfunctional nature of the group of orca at Loro Parque.  Furthermore, the issue for Morgan is HOW those rake marks are obtained (in this case bullying and attacks by adult orca, who in the wild would never attack a young orca like Morgan).  The situation with Morgan is not normal and is definitely  not acceptable.  It is irresponsible and illegal of Loro Parque to allow this to happen.

In the USA it is illegal to keep incompatible orca housed together. Legally, as the SeaWorld orca at Loro Parque are still governed by USA law, housing Morgan with orca who keep attacking her is a violation of the USA Animal Welfare Act.

Loro Parque’s head of orca research (Dr. Javier Almunia) said that the chances of Morgan’s survival in the wild were so small, it was better to keep her in captivity. However, the Free Morgan Foundation have always said that it is better to have Morgan released. At the very least she should be moved out of the dysfunctional gang of orca currently at Loro Parque and Morgan should be put into a sea-pen in Norway. 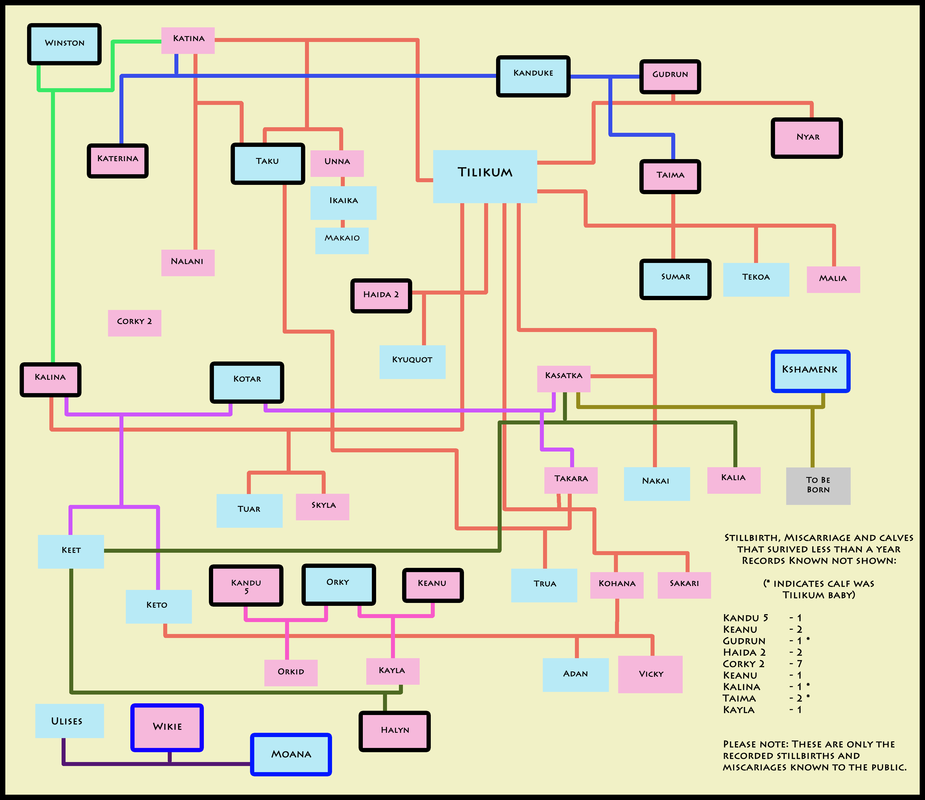 Why is Morgan put with an Adult Male Orca?

Sadly, Loro Parque regularly puts Morgan into the same tank as Keto the adult male orca who fathered two calves at Loro Parque.  Both of these calves have been rejected by their mother. Putting Morgan with Keto is a direct attempt to get Morgan pregnant as soon as possible. This is despite the fact that Morgan is now between 5-7 years old and should not be bred at such a young age.

In the wild female orca typically give birth to their first viable calf at around 14 years of age (range 10-21 years; Olesiuk et al 2005), yet entertainment parks like Loro Parque are renowned for breeding their female orca well below this age.  One of their females, Kohana (born June 2002) is currently 10 years old and has already produced two calves.  The first of these she was born in October 2010, meaning that she was impregnated when she was only seven years old (as pregnancy is approximately 18 months; Robeck et al 2004).  Notably Kohana has attacked and rejected both calves and they have had to be hand reared, which will create further social problems.

Loro Parque’s owner, Wolfgang Kiessling has been quoted in a newspaper as saying that Morgan has been sent to them as a “donation from nature” and a “new blood line” for breeding. Given Loro Parque‘s strong ties to SeaWorld Entertainment., Inc. and the captive orca industry’s desperate need for new bloodlines, Morgan has become their new breeding stock. SeaWorld (who owns the other orca at Loro Parque) has a abhorrent record when it comes to captive breeding of their orca. A ‘geneology’ tree looks more like a tangled web than a ‘tree’.